Cost of a Break-Up 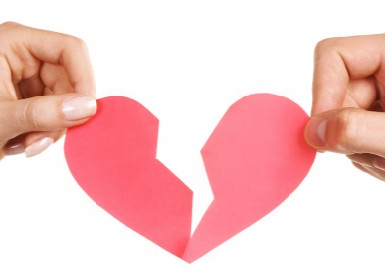 The end of a relationship is a difficult time.  We all deal with it in different ways, and different things help each of us cope better.  This post was inspired by Bridget over at Hi That’s my Bike’s post on “I Still Self-Medicate with Shopping.” This blog is mainly about personal finance (and minimalism), so I am going to try to focus on the financial side of things.  This is not to make light of the emotional turmoil of a break-up, because I have been there, and it was a really rough time. This post will focus the pf side of how I coped.

Background:
The ex and I dated for 4.5 years, since high school and into college.  It was my first break-up and one of the most difficult times of my young life.  Like many first serious relationships, I had envisioned us together forever, with a white picket fence – because isn’t that what first loves are?  What I learned from it was so much more.  I learned I was my own person, and that I needed to stop trying to break down a brick wall, and walk away.

We were in an awkward stage the initial break up where we tried to “be friends.” I thought that I would be a bad person if I cut him out of my life.  I learned that guys and girls see this “friends” thing differently.  After a few months of “being friends”, I realized that I needed a clean break.  And I realized it wasn’t selfish, it was  more about starting to take care of myself and stop taking care of him.  (OK, maybe that is a little selfish.  But a girl’s gotta do what a girl’s gotta do.)

The support of my friends and family was amazing.  I’m not sure how I would have gone through this dark time without them.  No matter how many times, I ranted and discussed how and when everything went wrong, they were always there.

I applied to exchange before the break-up, and I am SO glad that I went.  I visited so many beautiful and wonderful countries and met new friends along the way.  I also met BF on exchange (though we were only friends, then, and didn’t start dating until 2 years later).    I challenged myself in ways I never knew.

I went scuba diving in Thailand, saw beautiful ancient ruins in Cambodia, visited the home town of my father in Vietnam,  and tried the most amazing street food in Singapore and Malaysia.  I wouldn’t trade this experience for the world.  (I didn’t include tuition in this because I paid my home university and would have paid anyway – but it’s $6,700 for tuition a semester at my school).

Unfortunately, a lot these were phone calls I made to the ex during my time abroad.  We were trying to “be friends” and it was only after my time away that I realized that we needed to break contact so that I could heal and move on.

I also called my parents and sisters.  Then I discovered Skype, and went to heaven (yes, I am slow on technology!).

I’m not one to sit still, and I physically needed to be active to not think and mull on the past.  I joined an activity every night of the week, while taking a full course load my first semester back from exchange (after all, I couldn’t just hop a plane to explore another country, now).  It was amazing, and I had never been in better shape!  I learned that I didn’t need to feel shy because I wasn’t an expert or pro – everyone was there to have fun!

I got tired of learning tennis, and chasing the ball from outside the court – so I figured squash might be a good idea.  It was fun, and I want to play more of it now.  It’s an amazing work out.  Belly dancing – let’s just say, that it didn’t work out. At. All.

My friend had put together a dragon boating team, and recruited me.  She also told me that since there is a much higher girl:guy ration than most teams (8:12), there are usually guys scoping it out.  So, of course, I joined.  Oh, and it was a great work out, too.

I didn’t go on a huge shopping binge, though I’m sure that my girlfriends and I bought stuff during that time.  No doubt, it would have made me feel a little better at the time.  I was a broke student after all, there is only so much damage Forever 21 can make on my wallet.

There was lots of ice cream in the house.  I remember making a special trip the night after the break-up, and my cousin, sister and I got a tub, each of Hagan Daaz ice cream.  I’m sure there were many trips during my getting over him stage.

I usually offer to split the bill on a first date, though I prefer when the guy pays.  It’s just me preference, please don’t pounce on me for that.  After the first or second date, I would definitely split the bill.  I don’t think I went on a tonne of dates, but enough.

I partied about 3 – 4 times a term, which was about 400% more than I had when I was dating my ex.  It was fun.  I’m not sure if it’s sad to say it, but it was a mish mash of all the above (including drunken nights at a club) that made me realize – my life can go on just fine.

Even though I missed what we had, it was in the past, and it could never be the same.  And, the thing was, I realized that I didn’t want it to be the same, because I am a stronger and wiser person, and I want something better.

Maybe that’s a little over exaggerated.  I would have gone on exchange whether my ex and I had broke-up or not.  But I included that cost in there, because it was one of my greatest times of growth and maturity.   I learned a lot about myself, and if it took $7,385 to do it, then I think it was money well spent.  Keep in mind this was over a period of almost a year and half.

I’m sure this number will be different for everyone, and I am just lucky that I had saved a big chunk of money for my exchange trip.  I didn’t go into debt, and I think that even though it’s important to allow yourself to grieve in whatever way is right for you – please do not jeopardizing your financial well-being.  Remember to take care of yourself, first.

Have you thought of the cost of your break-up?  How do you cope with them best?